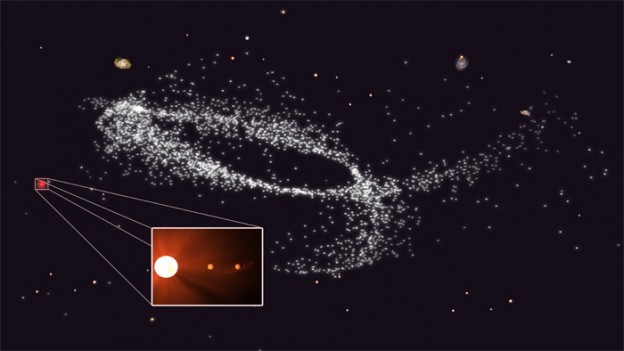 SETI researcher Seth Shostak bets that we will find extraterrestrial life in the next twenty-four years, or he’ll buy you a cup of coffee. At TEDxSanJoseCA, he explains why new technologies and the laws of probability make the breakthrough so likely — and forecasts how the discovery of civilizations far more advanced than ours might affect us here on Earth.

Melvyn Bragg and guests discuss the strange mathematics of probability where heads or tails is a simple question with a far from simple answer.

Gambling may be as old as the hills but probability as a mathematical discipline is a relative youngster. Probability is the field of maths relating to random events and, although commonplace now, the idea that you can pluck a piece of maths from the tumbling of dice, the shuffling of cards or the odds in the local lottery is a relatively recent and powerful one. It may start with the toss of a coin but probability reaches into every area of the modern world, from the analysis of society to the decay of an atom.

Melvyn Bragg and guests discuss Antimatter, a type of particle predicted by the British physicist, Paul Dirac. Dirac once declared that “The laws of nature should be expressed in beautiful equations”. True to his word, he is responsible for one of the most beautiful. Formulated in 1928, it describes the behaviour of electrons and is called the Dirac equation.

But the Dirac equation is strange. For every question it gives two answers – one positive and one negative. From this its author concluded that for every electron there is an equal and opposite twin. He called this twin the anti-electron and so the concept of antimatter was born.

Despite its popularity with Science Fiction writers, antimatter is relatively mundane in physics – we have created antimatter in the laboratory and we even use it in our hospitals. But one fundamental question remains – why isn’t there more antimatter in the universe. Answering that question will involve developing new physics and may take us closer to understanding events at the origin of the universe.